Can you Install Windows 8 from the Microsoft Action Pack on a Surface Pro?

Why go through all of this? 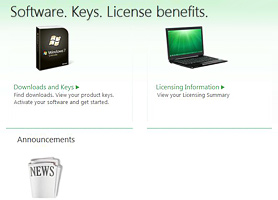 A few weeks ago I corrupted my Surface Pro by trying to install Windows 8.1 GA overtop of Windows 8.1 RTM.  I figured it would be seamless transaction, but it was far from that.  At the end of the day, I was left with half of a Surface.  Microsoft tech support issued me an RMA for the broken device and it showed up a few days later.  I figured there had to be a way to reinstall a clean version of Windows 8.0 or 8.1 on the Surface without having to get new hardware, but Microsoft Tech Support didn’t have a reset file to send for the Surface Pro.  (Apparently one exists for the Surface RT, but not for the Pro.  Go figure.)

I tried all kinds of stunts to get the old Surface working to no avail.  I was hesitant to try what I’m going to explain below because I didn’t want to completely ruin the Surface as I still needed the device for work while I was waiting for the replacement to arrive.  Once the replacement came and everything was transitioned over, it was anything-goes.  I had two goals:  wipe my old data and see if I could rebuild the Surface using a new install file for Windows 8.1

Nope.  When I went through the process of resetting to factory settings, I would get hung up with an “insert media” message and I had no media to insert. I also hit a few other snags, but this was the big deal breaker.

So here’s how I got it working

First of all, I did a ton of trial and error and this is what worked for me.  There are probably a few ways to get this to work properly and I have no doubt that some of the other authors out there have working solutions, but I couldn’t get any of that to work, so I figured I’d write this step-by-step explanation of what I did.

In a nutshell, what we’ll do is download Windows 8.1 from MAPS, copy it to a bootable USB Drive, reboot, and use that as the restore media.  We’ll reboot a few times, install some updates, and viola – Windows 8.1 on a Surface Pro!  I prepared all of this from my replacement Surface Pro which had already been patched to Windows 8.1, but you could probably use any other system that you have to get this to work.

The following below works, but I did have a little scare with the battery after the final reboot.  Don’t proceed unless you’re comfortable with this risk.

Now we have a beer and the USB drive that we need to restore the Surface, so let’s get cranking.  Up first, a full shutdown of the busted Surface.

How to shut down the surface

The system will then start the process of formatting the drive and installing Windows.  The setup process will walk you through the basic settings, naming the device, connecting to your network, etc. Once you complete the wizard, Windows 8.1 will be installed and ready to roll!

Windows 8.1 is installed on the Surface!

Things I noticed right away:

I was worried that there would be limited functionality, but I didn’t come across anything that wasn’t immediately working.

Two suggestions to wrap up this process

A few other things to note

Now my big question is which one to return to Microsoft.  My original?  Or the “new” one that’s likely a refurbished machine?